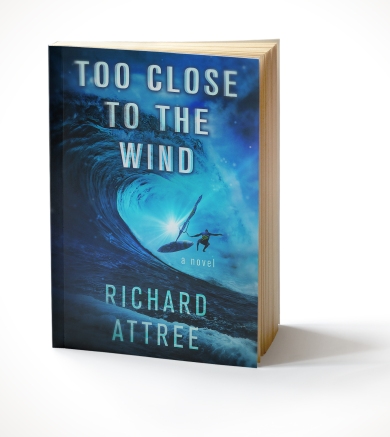 Nick has always been an outsider. Half Aboriginal, half Irish, he escaped from an impoverished fishing town in Western Australia. Now he’s running from a drug deal gone wrong, living like a ghost in the Canary Islands and his only friends are the wind and waves.

Windsurfing is his obsession, his escape from self-loathing. But when his rig falls apart, like his life, he finds himself drifting alone in the Atlantic.

As the sun rises on his last day alive, a yacht appears and offers him a lifeline. But there’s a price to pay …

The owner, an enigmatic figure known to his crew as the Master, is the leader of a shadowy cult. He offers Nick a way out of his stalled life—a series of missions: to the haunted Haitian rainforest, the remote Australian outback, and the wild west coast of Ireland.

The puppet master pulls the strings—Nick’s quest is to discover why.

TOO CLOSE TO THE WIND is an incredible story of survival, an epic travel adventure, a dark journey into the unknown, and a celebration of wind, surf, and the human spirit.